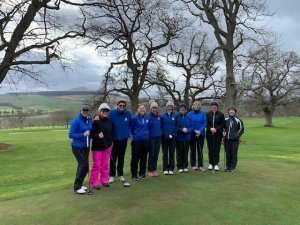 A great day at Minto Golf Club today where ELLCGA beat The Borders 3 1/2 – 1/2.  Thanks to Kay, Dulcie, Gail, Dianne, Sue, Karen, Ann, Alyssa,, Sharon and Mhairi.  The course had beautiful views, lots of grass and made it a challenge for all the team. Thank you to the Borders for hosting.

Our East Lothian Ladies Squad team played the annual match against the Gullane Men for the Percy Vere Trophy on Sunday. The matches were all very close and it is with great pleasure that I can say that we won the trophy this year 3 1/2 – 2 1/2. Congratulations to Kay Lannin, Jill McNicoll, Susan Penman, Ann Sewell, Barbara Biggart, Elinor Blair, Grace Crawford, Gail McKill, Mary Lou Watkins, Pam Hall, Hazel Saunders and Karen Fullerton for representing the County. Many thanks to Gullane Golf for inviting us again and hosting us to the golf and a magnificent high tea. 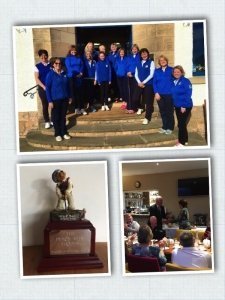 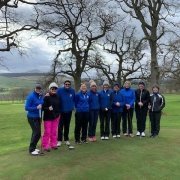