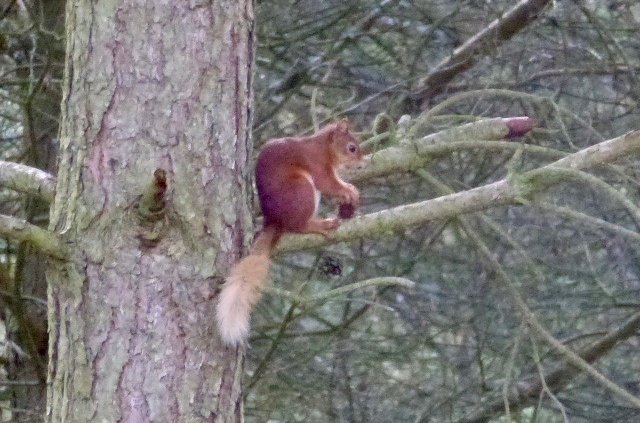 More photos can be found by following this link:

As well as watching golf there was a considerable interest in the wildlife on the course. Follow this link:

After a very successful bonding session the night before the team were determined to do well on day 3. Clara and Grace lead out the team in the foursomes and made a great pairing winning their match 3 and 1. Hazel and Sue just lost out on the 18th so we went into the singles trailing by one. 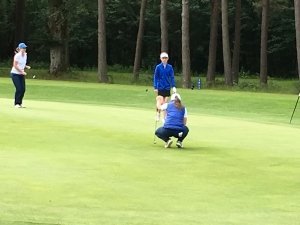 Grace and Clara sizing up the winning putt

In the afternoon session Clara and Grace again lead us out and their victories gave the team a great start. 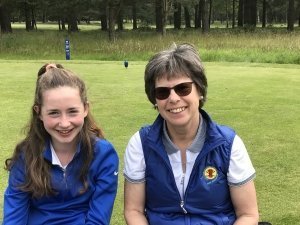 Kay had a great victory against Karen Marshall a real captain’s performance.

Jill and Sue both lost to very strong opponents so all was resting on the last match between Dianne and Karen Ferguson-Snedden. They went onto the 18th tee with Dianne one up. Dianne played the hole well and with her opponent finding the rough won her game and the match. 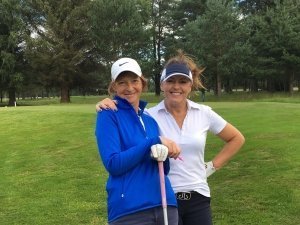 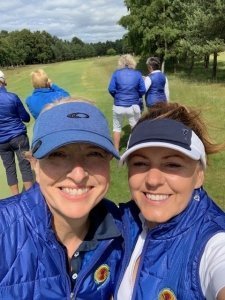 The team did really well to recover from the first day’s loss against Fife to finish second overall. All credit must go to them, their caddies and all who played a part but especially Jenni who lead us magnificently.

Congratulations to Fife and their captain Lorna Bennett on their victory in the East Division Jamboree. Fife go on to play in the Scottish Finals versus the North, West & South Divisions, to be held at Peebles Golf Club from Friday 30th August – Sunday 1st  September inclusive, where they will all fight out to be crowned Scottish Champions. We wish them luck at that event. 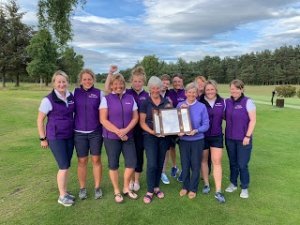 Our squad played some fantastic golf today to beat Midlothian to finish 2nd in the  Inter County Competition.  A full report on day 3 and some more photographs will be posted tomorrow.

All the results can be found at the following links: