Some very close matches today against Fife and an excellent outcome of 41/5 points for each side. The team are in great position heading into tomorrow.

Results of this mornings Foursomes Matches

Results of the afternoon single matches 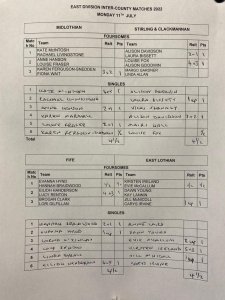