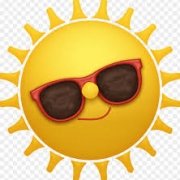 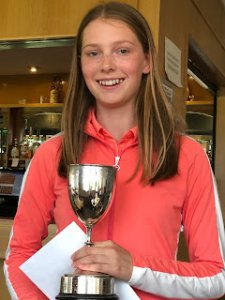 After winning the Stephen Gallacher Trophy at the Summer Meeting with a scratch score of 70, Evie McCallum qualified for the matchplay stages of the East of Scotland Girls Championship.

The Championship was held at Falkirk Tryst Golf Club on Friday 6th July on a rather chilly and windy morning. Congratulations go to Evie who beat Meg Fallon (Midlothian) 6&5 in the final match to win the title. Well done to both girls who played excellent golf and contested the final in the best of spirits. 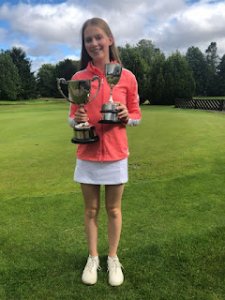