After last weekends excitement in the early rounds of the Championship we were back at North Berwick for the semi finals and finals on Sunday.  We were to be treated to some wonderful golf seeing tough battles in the Championship semi final and final along with the Handicap Quaich.  The sun was shining on us in the morning with a chilly North East wind blowing to offer the even best of players a few challenges. We saw wonderful golf, long drives, birdie putts, and a fantastic eagle at the 18th.

Our first two semi final matches for a place in the Handicap final saw Wendy Thummanond beat Lesley McClelland at the 17th 2 & 1, closely followed by Fiona Maciver going to the 18th against Irene Stewart and finally winning 2 holes up.  Both matches were very tight and the Handicap Quaich Final was going to be exciting with local girl Fiona Maciver v Gullane Lady Wendy Thummanond. 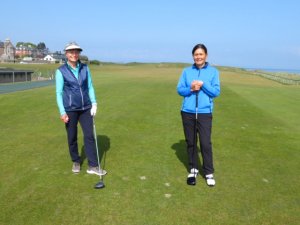 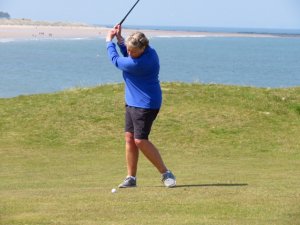 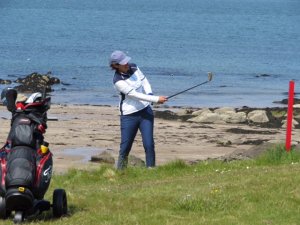 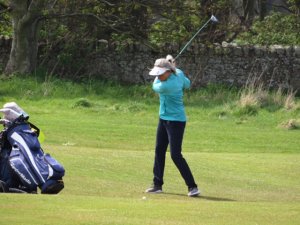 In the Championship Semi Finals we were treated to the most magnificent play from all the ladies.  Carys Irvine, a new recruit to East Lothian last year and Grace Crawford fought it out on the greens.  It all came down to the putting seeing young Grace at just 14 years old beat Carys 5 & 3. 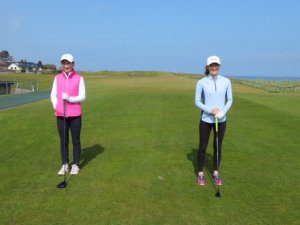 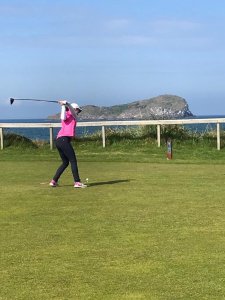 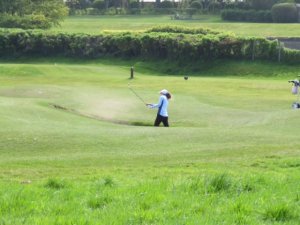 In the second Semi Final past Champion Clara, on her home course, was up against County newcomer Tara Mactaggart.  This match was to be as exciting as we had anticipated.  It was a fine display of birdies, huge drives and wonderful pitching.  Tara was 1 up going up 18 and Clara, 2020 County Champion, sunk a 50ft putt for an eagle to level the match in front of the clubhouse taking the match down the 19th.  But it wasn’t yet over, halving the 19th and 20th and both reaching the green in 2 on the 21st, it was Tara who came out the victor. 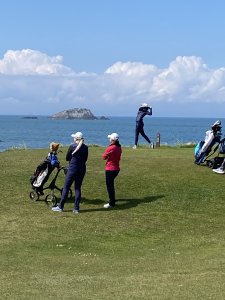 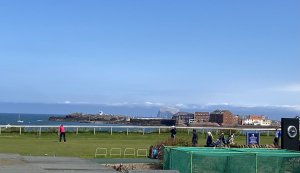 The afternoon stayed dry as the Handicap Quaich final teed off with Wendy v Fiona, and this was to be a closely played match going on the way to the 17th.  Finally Fiona took her chance and won 2 & 1 to the delight of the North Berwick supporters. 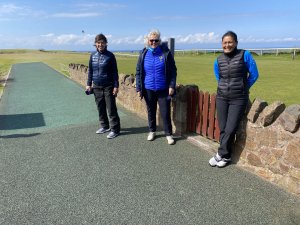 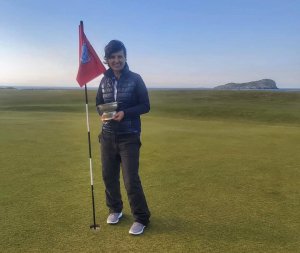 As the chilly wind blew Grace and Tara set off at a fast pace, the score went up and down but neither player gave an inch until Tara birdied the 13th and 14th to gain a 3 hole lead.  Grace came back to win the 16th hole and we were now seeing Tara dormie 2.  Both girls had magnificent drives at 17.  Grace played short of the cross bunker on the 17th and Tara took a 5 wood to the green, a brave shot, one she was to be grateful for.  Grace reached the green and putted short.  Tara then putted to a few inches from the pin and Grace conceded the match to Tara and the large crowd applauded the girls and congratulated them both on a wonderful display of match play. 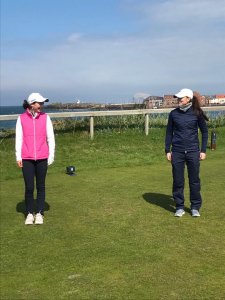 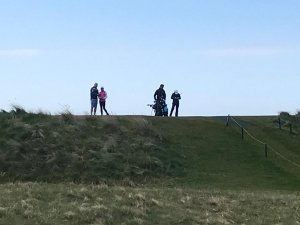 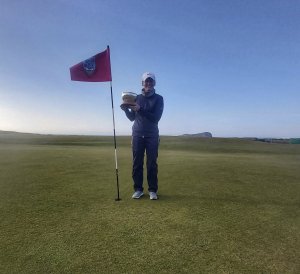 We gathered in front of the North Berwick Clubhouse and Yvonne Keeling, North Berwick’s Lady Captain present the Runners up Brooches to both Wendy Thummanond and Grace Crawford along with the Handicap Quaich to Fiona Maciver and the Championship Bowl to Tara Mactaggart. 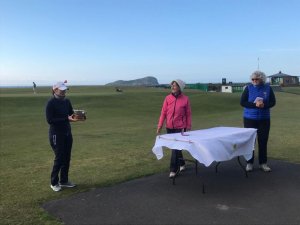 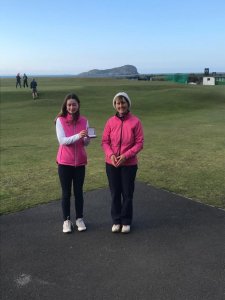 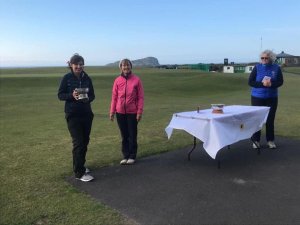 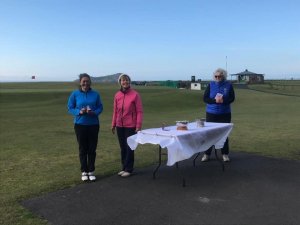 Tara thanked North Berwick, the County, who she said had welcomed her very warmly and her family.

On a personal note I would like to thank North Berwick for hosting the East Lothian County Ladies this year, they looked after us so well in the strange and somewhat challenging times.  Thank you also to all the Committee for their help and our President Carole Ross for acting as Starter.   We now look forward to taking a fabulous squad to the East Division Jamboree at Kingsknowe in July.

Congratulations to all the players for playing all matches in good spirit and giving us a fine display of ladies golf. 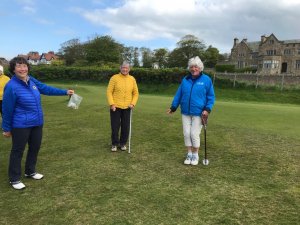