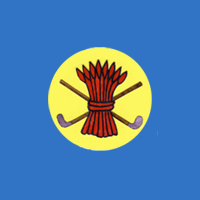 Jane Nelson and
“The Early Birds”

We’ve had downpours at Dunbar and murderous conditions at Muirfield but for the later starters
this capped it all. Spring certainly was not in the air, today at North Berwick but not even the weathermen could deter the large field of hardy and enthusiastic golfers as finally, the season got off to a long awaited start. A day of two halves saw some promising early morning sunshine but sadly the forecasters got it right when in came the wind and rain in the afternoon. A bit dreich to say the least! The weather conditions were challenging but the course was in lovely condition and rain or shine the views can only be admired. A big thank you to North Berwick for hosting.

Despite the weather there was some wonderful scoring……..

Winner of the Spring Meeting with a nett score of 68 was San San Little.

Well done San San, a great advert for Get into Golf.

The winner of the best gross score was Grace Crawford with a 71, second was Clara Young with 73. These two face each other today in the final of the 2020 North Berwick Ladies Championship. Good luck to both players, play well.

Scores can be found by following these links: 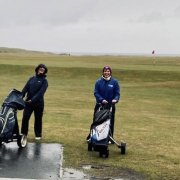