The team played at Ladybank today in preparation for the Inter County Jamboree, the winners going on to play for the Scottish County Challenge Shield. It was very windy and we were hoping for calmer conditions tomorrow but the weather forecast is for more of the same. 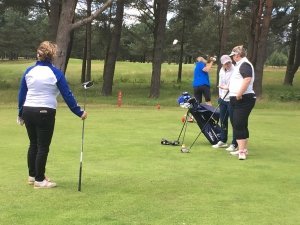 The first match is against Fife with the Foursomes first tee time at 8.30am. The afternoon singles start at 1.30pm.

Good luck to all our players.

We have been asked to bring this competition to your attention.

An application form and a full description of the format can be found here: 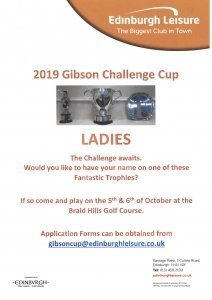 What started off as a fairly nice summer’s day quickly became wintry thanks to a stiff north easterly “breeze”. The front 9 was playing into the wind and proved difficult for many players, not the only problem though as at least one snack bar was snaffled by a crow at the first.

The full results can be found at these links: Nett results Gross results

The draw for the quarter finals is now complete, ties are to be completed on or before the 22nd of July.

The committee thought it would be a good idea to publicise the golfing successes of our ELLCGA members. If you have any news that you would like posted on the website please let us know.

Send any information to lesleywood@blueyonder.co.uk

Here is the draw for the Summer Meeting at The Glen.

Summer Meeting Draw as at 19 June

The conditions of the competition can be found here:

The kitchen at The Glen GC will be open from 0700 to 2000, with the following special menu for our Summer Meeting:

Congratulations to Sue Penman who won the Gullane Ladies’ Championship beating Lindsey Garden in the final at the 19th hole. Sue is a member of the squad taking part in the Jamboree at Ladybank. 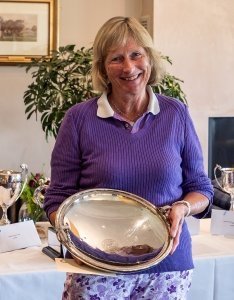 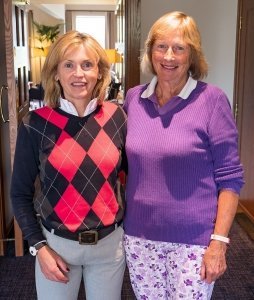 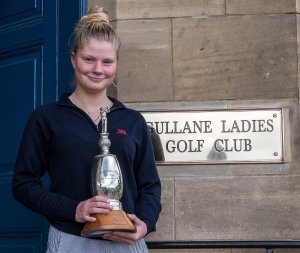 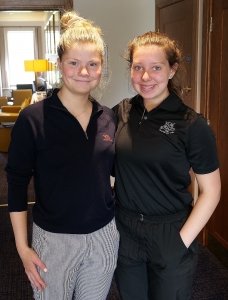 Ladies three results through so far, games need to be played by/on a week today. If you have already played your tie and not sent result in could you please do so I can then update the draw sheet.

This is a seated event.

With world class golfers on our doorstep from 8th – 11th August for the Aberdeen Standard Investments Ladies Scottish Open at The Renaissance Club, it seems only fitting to invite them along to Fringe By The Sea!

The Ladies Scottish Open one of the premier events on the ladies golfing calendar is co-sanctioned by the Ladies European Tour and LPGA. Top golfing names will form our panel, including Beth Allen, and presenter Emma Dodds. Questions from the audience will be welcome. And there’s a chance to pit your golf skills against the pros after the session!

We understand that there has been some frustration with the BRS booking system.

Players would like to know who their playing partners will be when booking and unlike booking through your home club’s BRS you are treated like a visitor and so have to fill in a form requiring all your details including CDH number.

Unfortuately at the moment due to the limitations of the system we cannot change these settings. Hopefully in the future these issues can be resolved.


Since the last meeting we have had 5 ELJGL Match Days at North Berwick West Links, Longniddry, Gifford, Castle Park and Dunbar.

At Longniddry we also held the ELLCGA Junior Spring Meeting and had 9 girls competing. Grace Crawford won with an excellent 40 points, Emma Chapman was 2nd, also with 40 points and Lucy Hall was 3rd with 37 points.

At Gifford the ELLCGA Girls’ Team had the best overall score on the day, of the 12 teams competing. Abby was the leading scorer with 43 points, followed by Ellie Bent and Louise Martin, both with 41 points. Thank you to Jenni and Jane for their help at Gifford.

We had just one girl competing at Castle Park, mainly due to a clash with the championship qualifier at Gullane. There were 3 girls competing at Dunbar. The next match day will be at Craigielaw on 30th June.

We have arranged a Get-Together for the girls at Fenton Barns on the 17th June with Martyn Huish. We will use the session for a bit of coaching, a bit of help with the rules and how to mark scorecards and the responsibilities of marking your playing partner’s card. We have got 4 girls who have said they will come along. Thanks to Jenni for arranging the evening.

The Cuthbertson Cup has been re-arranged for 29th September at Falkirk Tryst following its postponement in April.

Dates for your diary…..

ELLCGA proudly announce the team that will be representing us at the 2019 Jamboree being held at Ladybank Golf Club on the 1st, 2nd and 3rd July. 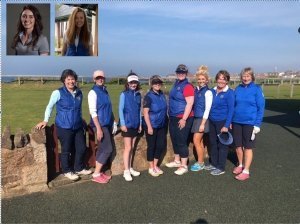 Jenni hopes that as many supporters as possible will be able to come to Ladybank to support our players and wishes them all the best in their matches against Fife, Midlothian and Stirling and Clackmannanshire.

Many of the East Lothian Clubs host open competitions throughout the year and it was thought that these should be publicised on the ELLCGA website.

I have collated information from several websites and this can be found at https://www.ellgolf.co.uk/county-events/open-competitions/

Opens are a great way of playing a variety of clubs in the area, they can be booked online, though the club website or by a printed entry form depending on the club.

There are several sites that can be accessed to help you enter:

Printed forms can usually also be found at the individual clubs website.

If you would like any other information posted or if I have made any errors please let me know by email to: lesleywood@blueyonder.co.uk