The annual match between the East and West teams for the Mhairi Mac Kay Trophy took place yesterday at  a rather cold and misty Baberton. The girls were all very grateful for their smart new red team jackets which I am told were quite cosy. West won the closely fought match which ended with an East 3.5 – West 4.5 scoreline. 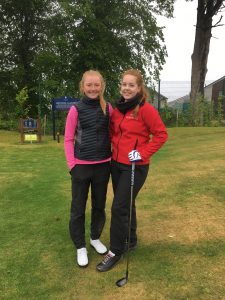 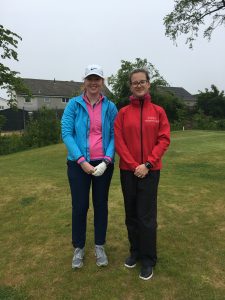 The girls in red with their playing partners

East Lothian were represented by Annabel Hosie and Ala Gorka who played in the first and last matches of the day. All matches are played off scratch.  Annabel held a small lead for much of her match before a couple of slips in the second half were punished and the match went to the West at the 17th,

Ala at the end of the field  had a convincing 4&2 win.