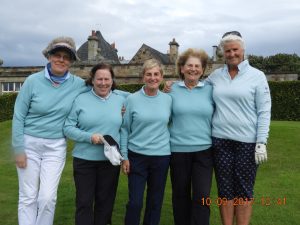 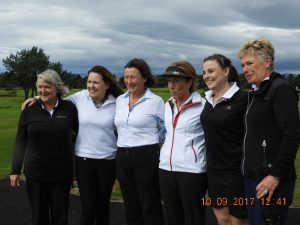 They started with sweaters on, then some at least stripped off to polo shirts only to dive into their waterproofs for some of the back nine.  All the matches were played in good spirit and were closely fought with most going to the 17th or 18th. North Berwick were the winners winning 3 of the matches and halving the other 2.

Everyone enjoyed themselves despite the weather and also the afternoon tea and presentation that followed. 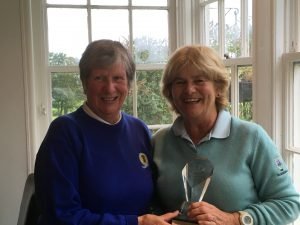 Carol Macleod joined the teams and presented the Trophy to the North Berwick team captain, Christian Blake. Since this is the first time the trophy has been played for in this handicap format it was the first time there has been an actual final with a presentation on the day.  Carole Ross was unfortunately unable to attend. 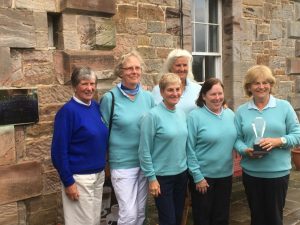 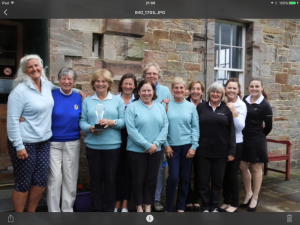 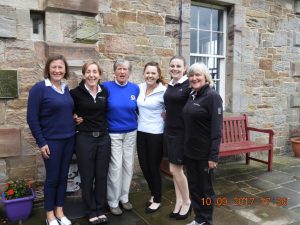